How to 'drag and drop' deal stages in Kanban Pipeline

'Drag and drop' a pending deal to the next stage

1
Select a deal card and simply 'drag and drop' to your preferred deal stage. Note: Manual sorting applies (your deal will remain in the same position as you dropped it unless you click the resort icon). 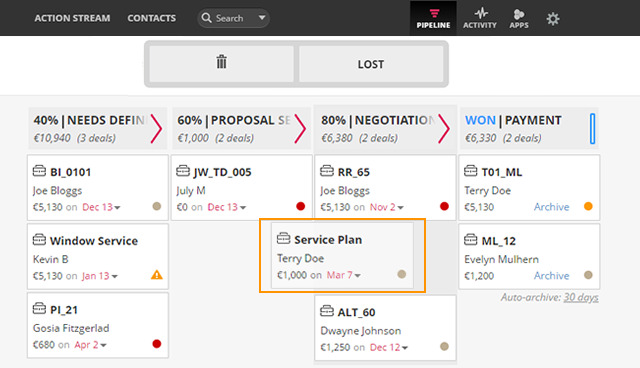 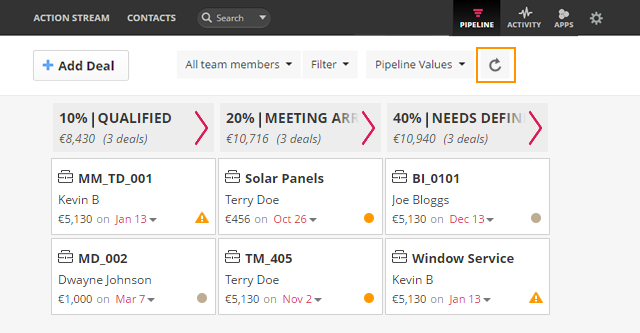 Mark a Deal as 'Won'

1
Select a deal card and 'drag and drop' under the Won Column.
Note: Deals will be automatically archived after 30 days. 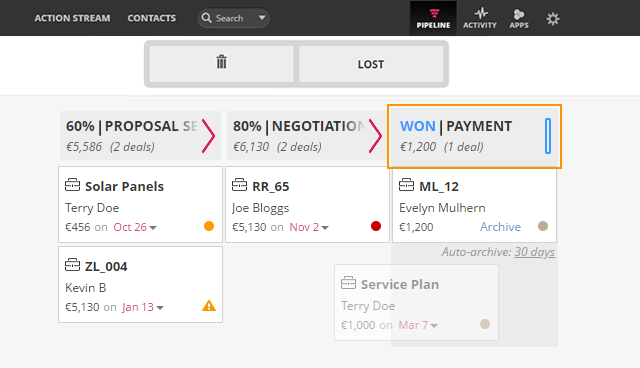 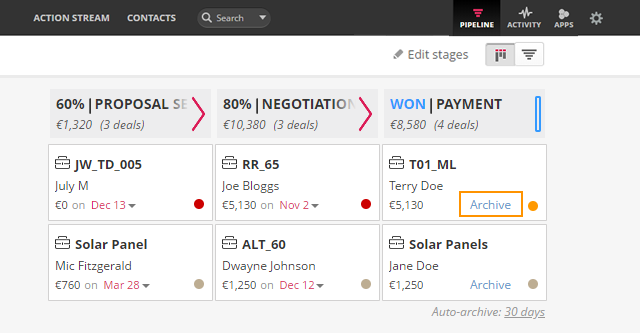 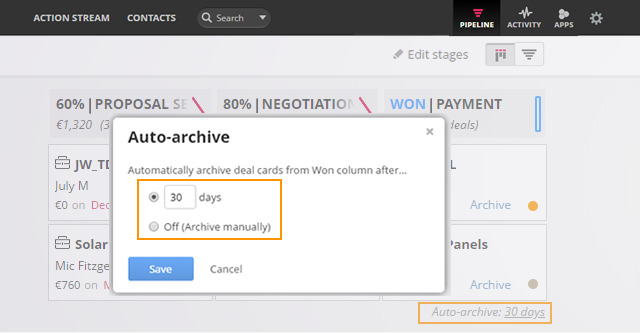 Delete or mark a Deal as 'Lost'

Select a deal card and 'drag and drop' into the trash can icon or 'Lost' bar. 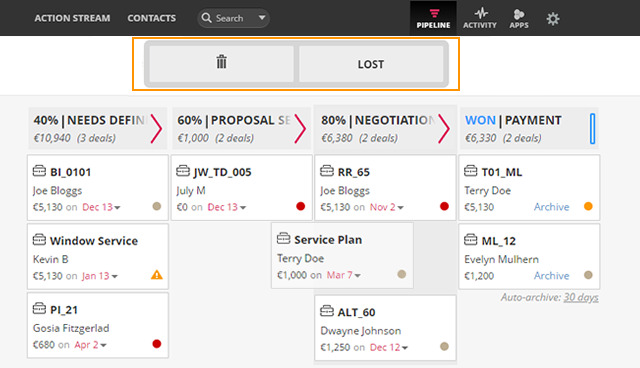 The Deal list can be found found right under the Kanban view or the Forecast view, and it's another way for you to monitor your Deals in OnePageCRM.

1
To filter by deal type → see the Deal list under the pipeline → click the Show drop-down.
2
Choose to view from the following:

3
Click on the gear ic on to customize the Deal list. Select or deselect the fields to add a column.
Note: You can add up to 9 columns to the Deal list. The columns  Deal name,  Conta c t,  Stage and  Amount are mandatory columns in the Deal list. You then have the option to select from the following columns:

4
Drag the fields to reorder them →  Apply.

5
Once you've applied the columns on your Deal list, you'll see them in the Deal details in the Forecast view. 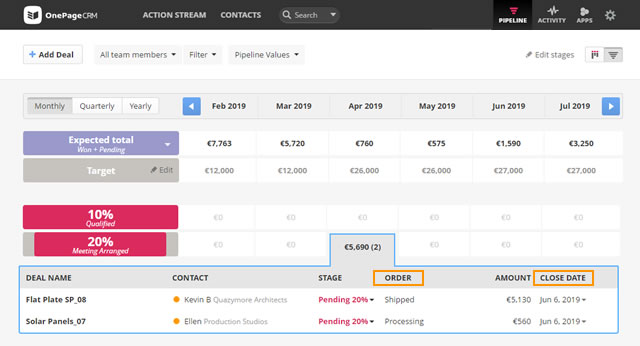