How to add/edit/remove deal stages?

Your Pipeline is a forecasting tool used to show projected sales over time. When you add a deal you must assign a percentage as to the probability of closure. This data is crucial to place a deal within the sales funnel and track its progress through the deal stages until it's won or lost. In OnePageCRM you can customize these deal stages to suit your sales process.

How to add/edit a Deal Stage 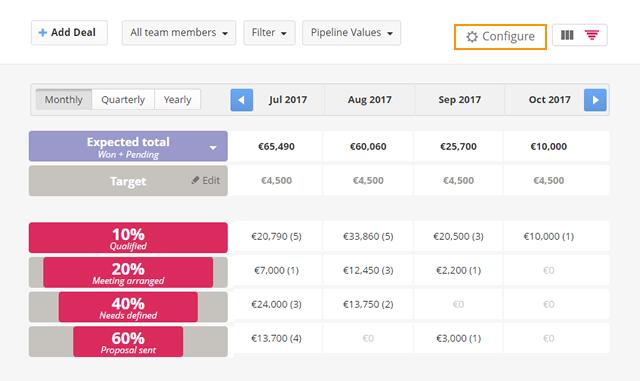 2
In the  Configure Pipeline pop-up → click on the + icon to add a new stage → type the probability percentage in the  % column and the stage name. 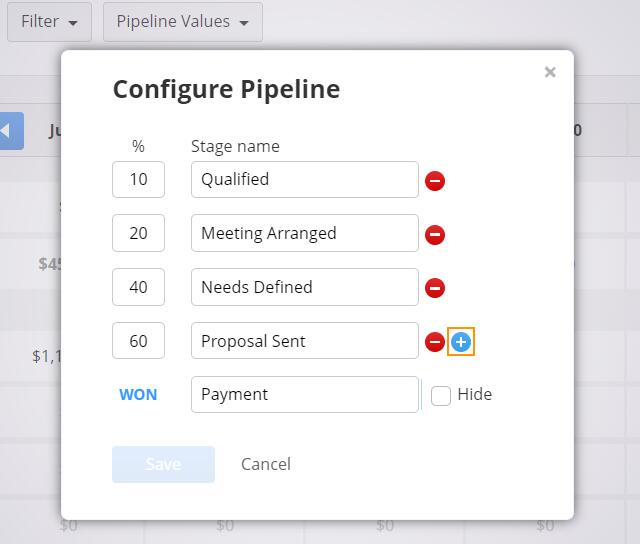 3
To hide the Won Column tick Hide.
4
Click Save. 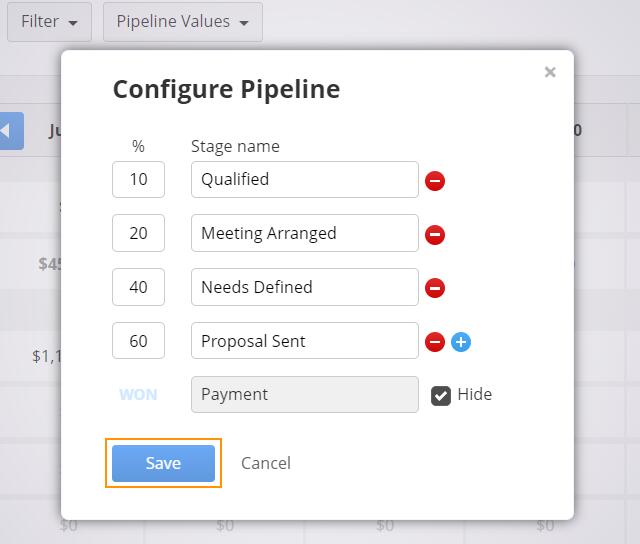 How to remove a Deal Stage 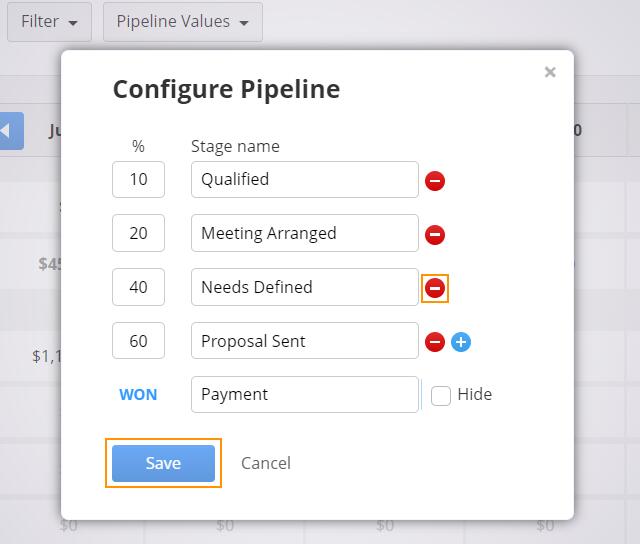